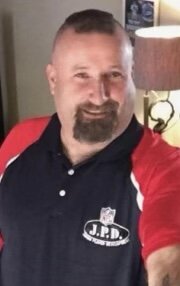 Please share a memory of Donald to include in a keepsake book for family and friends.
View Tribute Book

Donald E. DeGarmo, Jr. 55, of Conway, Arkansas, was unexpectedly called home on December 29,2022.  Born and raised in Trenton NJ he moved to Arkansas to start a new journey of life.  Donald enjoyed riding his Harley Davidson and spending time with his family. He was a kind and giving man. Donald would go without to give you what you needed with no questions asked. He could make anyone laugh with his not so funny jokes and he was a great storyteller.

The family will hold a private Celebration of Life in honor of Donald E. DeGarmo, Jr.

Share Your Memory of
Donald
Upload Your Memory View All Memories
Be the first to upload a memory!
Share A Memory