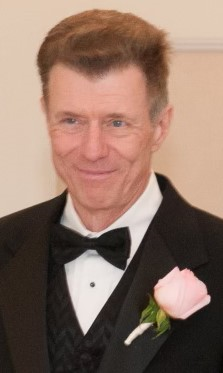 Please share a memory of Bruce to include in a keepsake book for family and friends.
View Tribute Book

Bruce V. Darvas, 73, of Hamilton, passed away on September 19, 2022. Born in Trenton, Bruce has been a lifelong area resident. He was a graduate of Hamilton High School West, Class of 1968, and the Philadelphia College of Pharmacy and Science. Bruce spent his entire career as a licensed pharmacist. Bruce was also a Ham Radio Operator. He was a member of the Civil Air Patrol and the Red Cross. He was a devoted animal lover, and enjoyed volunteering at many animal charities. He was also a member of the Camp Olden Civil War Roundtable, the Hamilton Twp. Republican Club, and was a former member of the Hamilton Twp. Republican Committee.

The funeral service will begin at 11:00am on Friday, September 23, 2022, at Knott's Colonial Funeral Home 2946 South Broad Street Hamilton, NJ 08610. Calling hours will be held from 9:00am to 11:00am at the funeral home. Interment will be in St. Stephen's Cemetery, Clover Ave. Hamilton, NJ 08610. In lieu of flowers memorial contributions can be made to any charity that benefits animals. Condolences for the family can be left at www.knottscolonialfuneralhome.com.

Share Your Memory of
Bruce
Upload Your Memory View All Memories
Be the first to upload a memory!
Share A Memory