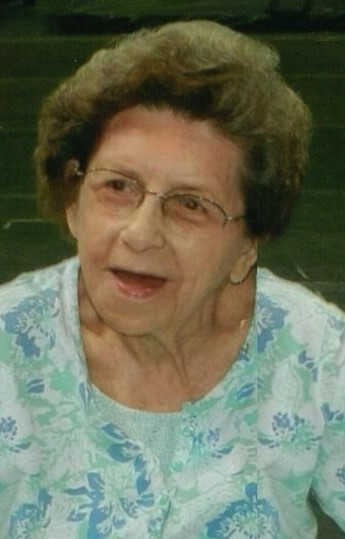 Please share a memory of Virginia to include in a keepsake book for family and friends.
View Tribute Book

Virginia Marie Feldman, 94, of Bordentown Twp., passed away on December 28, 2022, surrounded by her loving family.

Born in the Whitehorse section of Hamilton, she has been a lifelong member of the Pearson Memorial United Methodist Church, the Young at Heart Group, and also many other women's groups. Before getting married she was employed by HD Lee and Nevius Voorhees. She babysat for many families over the years, and was a talented seamstress. She was a loving wife, mother, and grandmother.

Daughter of the late Biddle and Ruth (Jackson) Tallman, wife of the late George Bernard Feldman, mother of the late Gail Reinhardt, and sister of the late Craig Tallman and Shirley Pyle, she is survived by her children Nancy L. Branin and her husband Howard of Bordentown, Dawn McIntyre and her husband Timothy of Bordentown, and George Feldman of Hamilton, her grandchildren Kelly and Brian Schwarz, Jeffrey Branin, Matthew Mueller and his wife Rosella Orofino, Karl & Beth Mueller, Lisl Mueller, Eric Mueller, Kirsten D'Haem, and Nicole McIntyre, 3 great grandchildren Dean, Kira and Eleni, her sister Beverly Hendrickson of Bordentown, son-in-law Tom Reinhardt and many nieces and nephews.

Funeral services will be held at 11:30am on Saturday, January 7, 2023, at the Pearson Memorial United Methodist Church 71 Pearson Dr. Hamilton, NJ 08610. Calling hours will be held from 9:00am to 11:00am at Knott's Colonial Funeral Home 2946 South Broad Street Hamilton, NJ 08610. Interment will be in the Upper Springfield Cemetery. In lieu of flowers, memorial contributions can be made to the Pearson Memorial United Methodist Church. Condolences for the family can be left at www.knottscolonialfuneralhome.com.

Share Your Memory of
Virginia
Upload Your Memory View All Memories
Be the first to upload a memory!
Share A Memory