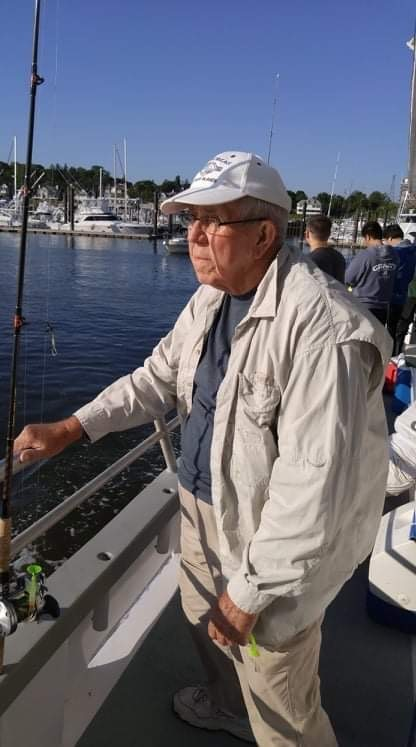 Obituary of Robert B. Cline, Sr.

Please share a memory of Robert to include in a keepsake book for family and friends.
View Tribute Book
Robert Cline, Sr., 87, of Hamilton Township, NJ, passed away on November 12, 2021. Bob, as he preferred to be called, was born on September 10th, 1934. Bob met the love of his life, Margaret Jane Cline in high school, marrying shortly after graduating from Pemberton High School. Jane and Bob settled in Hamilton Township where they raised their children and built their community for almost 65 years. Bob worked for New Jersey Transit (Conrail and Penn Central) as a car inspector for 44 years. He also proudly served in the United States Army. The outdoors fascinated Bob in more ways than one, he could spend hours hunting in the woods or fishing on his many boats or taking his family camping around the United States. Born with an inquisitive spirit, Bob enjoyed fixing and making things, from cutting wood templates for crafts, fixing broken appliances, replacing engines in cars, making his own goose decoys, and so many more. You almost always could find him tinkering on the something in his garage. His wife predeceased him by two years. Bob is survived by all his children, grandchildren, and greatgrandchildren: Terry, Evonne, Brian, Liz, Shaun, Dana, Daniel, Lauren, Ali, Melissa, Anthony, Mason, Ellis, Charlie, and Jaxon as well as his sons- and grandson- in-law Bill, Tom, and Ken, his daughters and granddaughter-in-law Jenn, Sacha, and Jennifer as well as many friends and extended family. The family asks that, in lieu of flowers, donations be made to the Pinelands Preservation Alliance. Condolences for the family can be left at www.knottscolonialfuneralhome.com.
To plant a beautiful memorial tree in memory of Robert Cline, Sr., please visit our Tree Store

Look inside to read what others have shared
Family and friends are coming together online to create a special keepsake. Every memory left on the online obituary will be automatically included in this book.
View Tribute Book
Services for Robert Cline, Sr.
There are no events scheduled. You can still show your support by planting a tree in memory of Robert Cline, Sr..
Plant a tree in memory of Robert

Share Your Memory of
Robert
Upload Your Memory View All Memories
Be the first to upload a memory!
Share A Memory
Plant a Tree