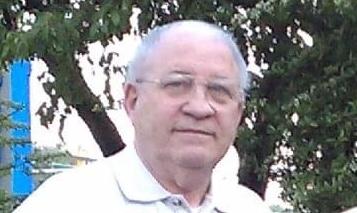 Please share a memory of Walter to include in a keepsake book for family and friends.
View Tribute Book
Walter E. Zola, 85, of Hamilton, passed away on September 12, 2021. Born in Trenton, he has been a lifelong area resident. He was a parishioner of St. Gregory the Great Parish, and a member of the Senior Club of St. Gregory's for 21 years. Walter was a graduate of Trenton Catholic Boys High School, Class of 1954. He was retired from the United Parcel Service. Walter was a proud United States Air Force Veteran having served during the Cuban Missile Crisis. Walter was also an excellent golfer. Son of the late Edward and Lena (Iavarone) Zola, he is survived by his loving wife of 62 years, Irma J. (Marks) Zola of Hamilton, his sons and their spouses Kenneth L. and Cynthia Zola of Eastampton, Kevin M. and Margaret Zola of Columbus, and Kyle E. and Nicole Zola of Hamilton Square, six grandchildren Kara, Kenneth Zachary, Connor, Taylor, Chase, and Breanne, his sister Dolores and her husband George Thrappas of Hamilton, and his nephew Chris Thrappas. The funeral mass will be celebrated on Monday, September 20, 2021 at 11:30am at St. Gregory the Great Catholic Church 4620 Nottingham Way, Hamilton Square, NJ 08690. Interment with military honors will take place at the Brigadier General William C. Doyle Veterans Memorial Cemetery, Arneytown, following the mass. Calling hours will be held from 9:00am to 11:00am at Knott's Colonial Funeral Home 2946 South Broad St., Hamilton, NJ 08610. In lieu of flowers, memorial contributions can be made to St. Gregory the Great Church. Condolences for the family can be left at www.knottscolonialfuneralhome.com.
To plant a beautiful memorial tree in memory of Walter Zola, please visit our Tree Store
Monday
20
September

Share Your Memory of
Walter
Upload Your Memory View All Memories
Be the first to upload a memory!
Share A Memory
Plant a Tree