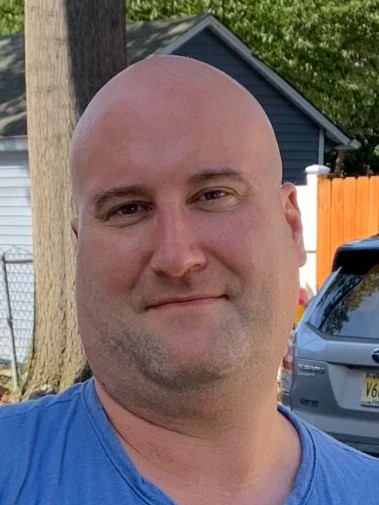 Please share a memory of Stephen to include in a keepsake book for family and friends.
View Tribute Book
Stephen James Hill Jr., 40, of Trenton and Atlantic City passed away suddenly the evening of April 25th, 2021. He is survived by his mother Maryann Hill, his brother Adam Hill and his wife (sister-in-law) Beth Hill, their children, 2 young nephews Emmett and Owen Hill, and niece Reese Hill; His younger sister Adrianna Hill as well as, his cousins who were considered sisters in his eyes, Melissa Evert (and her husband Joe) Stephanie Masi (her husband Lorenzo, and children Isabella and Michael) as well as his Aunt/ God mother Carol Blanche and her Fiancé Tony Gentile. He also leaves behind his beloved pets Simba, Nala, Binx, and his dog Apollo. He is predeceased by his grandfather "Pop" Michael Liput, his grandmother Pearl Liput, his Uncle/Godfather Michael Liput JR, and his Father Stephen Hill Sr. Anyone who knew Stephen knew he had a larger-than-life personality. Always the life of the party, he was a true friend to anyone who ever had the pleasure of meeting him. His passions included bartending and hotel/restaurant management. He was a huge Philly's fan, an entertainment "enthusiast", a student of Mixed Martial Arts, and a true family man. All who knew Stephen are asked to pay respects on Monday, May 3rd, 3pm-6pm, with a prayer service and words of remembrance at 6 pm, Knott's Colonial Funeral Home, 2946 S. Broad Street, Hamilton, NJ 08610. Casual Dress is required. Superheroes, Philadelphia Sports Teams, Star Wars, Game of Thrones, sweatpants, and jeans are preferred. Stephen hated dress clothes.
To send flowers to the family or plant a tree in memory of Stephen Hill, Jr., please visit Tribute Store
Monday
3
May

Share Your Memory of
Stephen
Upload Your Memory View All Memories
Be the first to upload a memory!
Share A Memory
Send Flowers
Plant a Tree