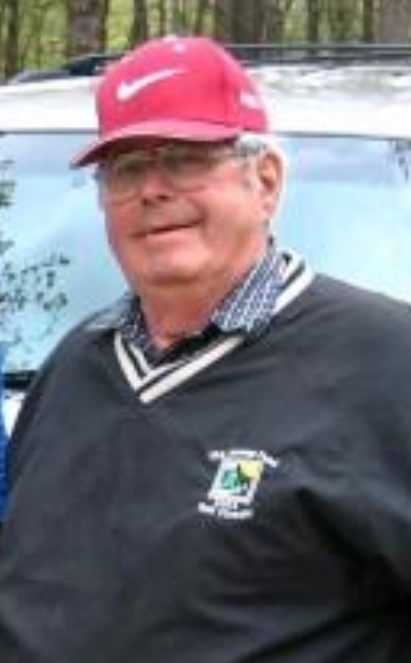 Please share a memory of Robert to include in a keepsake book for family and friends.
View Tribute Book
Robert "Bob" F. Walker, Sr. 82, of Mercerville, passed away on January 16, 2021. Born in Trenton he has been a lifelong area resident. Bob proudly served in the National Guard. He retired from General Motors after 25 years of service, and he was also formerly employed by Kirby & Kirby Trucking, and C & R Bus Co. He played for the Hamilton Little Bigger League for 3 years. Bob was a little league baseball coach for the Hamilton Little Lads from 1971-1975, having won two championships. Bob was an avid golfer and baseball fan, especially of the Philadelphia Phillies. Bob was a weekend golfer at Mountain View Golf Course for many years. He was the only person to ever score a "Double Eagle" on the old 18th hole. Son of the late George and Gladys (Poulton) Walker (George was the first president of the Hamilton Little Bigger League, which later became Babe Ruth), son-in-law of the late Raymond and Esther Leedom, brother-in-law of the late Raymond Leedom, Jr. and Tony and Lorraine Franz, he is survived by his loving wife of 62 years Pearl E. (Leedom) Walker, his daughter Debora L. Walker, his son Robert F. Walker, Jr. and his wife Rosemarie, grandchildren Melissa L. Avellino and her husband Michael J., Melanie E. Walker, Matthew R. Walker, and Antonia J. Conti, great-granddaughter Capri L. Avellino, sister-in-law Robin D. Leedom, his lifelong best friend Russ Wilbert and his wife Carol, and many nieces, nephews, cousins, and friends. Funeral services and Interment in Colonial Memorial Park Cemetery will be held privately for the family. In lieu of flowers, memorial contributions can be made to the Alzheimer's Association (ALZ.org). Condolences can be left at knottscolonialfuneralhome.com.
To plant a beautiful memorial tree in memory of Robert Walker, Sr., please visit our Tree Store

Look inside to read what others have shared
Family and friends are coming together online to create a special keepsake. Every memory left on the online obituary will be automatically included in this book.
View Tribute Book
Services for Robert Walker, Sr.
There are no events scheduled. You can still show your support by planting a tree in memory of Robert Walker, Sr..
Plant a tree in memory of Robert

Share Your Memory of
Robert
Upload Your Memory View All Memories
Be the first to upload a memory!
Share A Memory
Plant a Tree