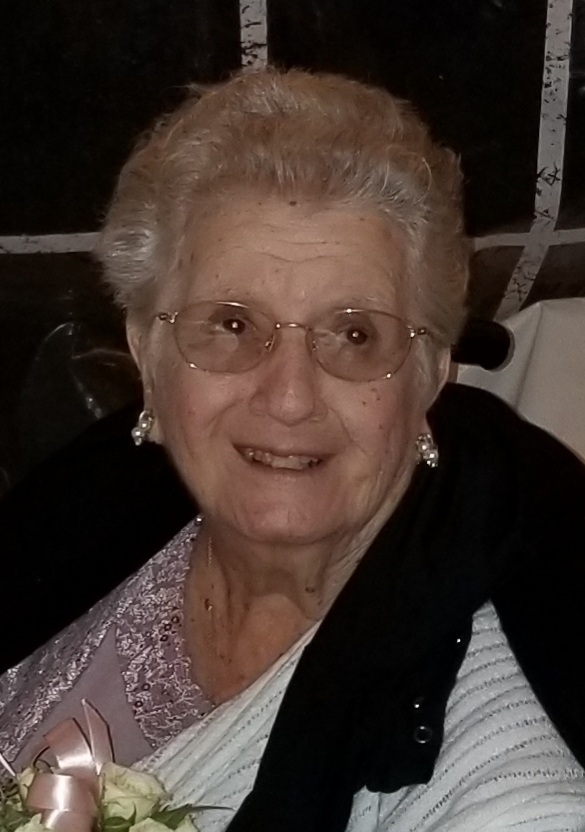 Obituary of Marie A. Balaza

Please share a memory of Marie to include in a keepsake book for family and friends.
View Tribute Book
Marie A. Balaza July 20, 1927 - December 6, 2020 Marie was born in Jersey City to Antonio and Filomena DiStaulo on July 20, 1927. After graduating from Ferris High School, she worked at the Dixon Pencil Factory and later for banking institutions in New York City, until in 1949 when she married Charles Balaza, "the boy next door." For the next 67 years she spent a life of love and happiness that most of us could only imagine. Together with Charlie she traveled the world as an 'Army wife,' something she reminisced of often as one of her most exciting and happiest times. In 1962 they settled in Yardville and together raised their four children. Marie was an active, life-long member of the Saint Vincent de Paul Rosary Altar Society, taught CCD classes and sang in the church choir. She also liked volunteering at the Saint Elizabeth's Home. Full of community spirit and an extremely talented crochet artist, Marie made hundreds of blankets for disabled veterans up until her passing. She also became an avid Phillies fan later in life and enjoyed watching the games and being an "armchair coach." Predeceased by her husband of 67 years, Charles Balaza, sister of the late: Joseph (Contance) DiStaulo, James (Ida) DiStaulo, Michael DiStaulo, John DiStaulo, Anne (Dominick) Mayo, and sister-in-law of the late Edward, Steven and John Balaza, Sophie Viggiano, and Margaret Palmer. She is survived by her children and their spouses; Charles A. and Norma Balaza, Joseph and Carol Balaza, Donna and Joseph Scarlata, and Judith and Donald Warner. Her grandchildren: Andrea (Anthony) Briscese, Laura (Daniel) Vesey, Nicholas Scarlata (Marissa Breza), Anthony (Laura) Scarlata, Jason (Elizabeth) Scarlata, Amy (Michael) Bongrazio, and Steven and Cole Warner, and great-grandchildren Kiera and Nathan Vesey, Ryan and Lainey Scarlata, and Dominic and Marco Bongrazio. She is also survived by her sister Lucy (Joseph) French, and sister-in-laws, Carmella DiStaulo and Gloria Balaza, numerous nieces and nephews, and her dearest friend of over 55 years, Leona Runion. The family would like to especially thank Marie's health aides, Rosario, Alberta, and Maria, for their kind and compassionate care. Calling hours will be held on Thursday, December 10, 2020 from 5:00pm to 7:00pm at Knott's Colonial Funeral Home 2946 South Broad St., Hamilton. Her Funeral Mass will be celebrated on Friday, December 11, 2020 at 11:00am at St. Vincent de Paul Church 555 Yardville Allentown Rd., Yardville, NJ. Entombment will take place at the mausoleum at Greenwood Cemetery, Hamilton. There will be no calling hours at the funeral home on Friday. In lieu of flowers, please make donations to St. Jude Children's Research Hospital. Condolences can be left at knottscolonialfuneralhome.com.
To send flowers to the family or plant a tree in memory of Marie Balaza, please visit Tribute Store
Thursday
10
December

Share Your Memory of
Marie
Upload Your Memory View All Memories
Be the first to upload a memory!
Share A Memory
Send Flowers
Plant a Tree